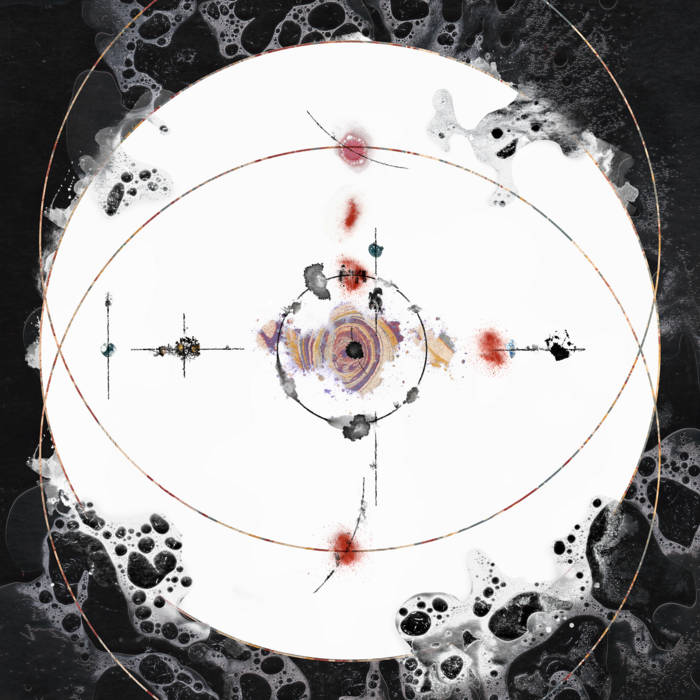 A disquieting record to accompany the nightmare of now. Baldruin documents this darkness, finding some hope in the helplessness. Buried within these grooves, lies a dizzying array of crepuscular sonics. Barely alive, it drips with dread. Rachitic loops return to us, like traumas. A sticky submission. My goodness, these earworms are infectious.

"Infuse hauntology with a bunch of gothic terror and you might be halfway to understanding ‘Biotische Verwitterung’, a record whose swirling flurries of cascading, whirring, ghosting sounds make me feel quite uncomfortable. With samples from people who sound like they probably stopped existing, dilapidated techno beats and random sirens, gunshots, etcetera… there’s a lot going on that isn’t nice.

Its sound palette is both extremely retro and happily more modernly noisy, drawing both on the kind of vampiric overtones of old horror soundtracks and a more creaking, dissonant sound design that might please a Ryo Murakami or two. The vignettes borrow as much from IDM as they do from randomly sampled plunderphonics, with voices and drums often sounding disparate, stumbled upon in a dusty library one creepy story away from the Twilight Zone.

If you like your records to flick a switch 'til it fuses, to keep moving between soundscapes until all your tension and dread feels completely dislocated, then Baldruin’s sounds might well be worth getting creeped by."

"...the chill this gives off will leave lasting peering over the shoulder nightly terrors long after its departed from your listening space, look upon it as a demonic dream machine and then some."

"...this is distinctly its own beast. This is neither overtly friendly nor pointlessly cryptic. Instead, it feels like the aftermath of a sonic collision. Jagged bits of percussion are strewn beneath children's music-making toys and distant sirens with bizarre synthesizer lines that hold the whole damn thing together in a patchwork fashion. It's anything but linear, yet it's wholly cohesive."

"Like the end of the world being scored by an alienated Boards of Canada, this intricate darkness fascinates and discomforts in equal measures. Strange electronic whooshes embrace each other amidst synth riffs that decimate the fine line between subliminal melodies and discordant abstraction."

"If this world is going to an end – let's dance! Why not? Oh, there is so much fear and dread, and awe, and horror, and hope, and loneliness, and death-death-death is everywhere! But why not to dance? It all begins in light they said. Send your prayers they said. But what's in the end? Baldruin says 'Vom Ende' and then nightmare just begins, spinning its way back to your memory, turning everything upside down, changing the faces and places in the same canvas like in the most disturbing David Lynch movie. Yet, we can dance a bit. Because why not?"

All music recorded 2016 in Wiesbaden, Germany by Johannes Schebler.