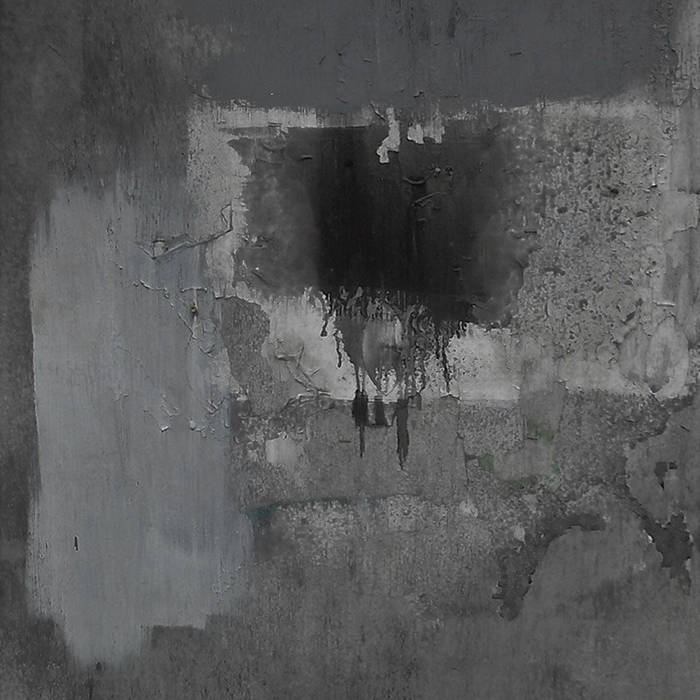 [Plays album]
Other(s): Enough already, make it disappear.
A.T.: I have been trying to do that all my life.
Other(s): What ‘make it,’ or ‘disappear’?
A.T.: Both. Only now, I realize that this is the same process. But I didn’t know what to make, so I made you this. You won’t thank me. I didn’t ask for that, as you didn’t ask for this, and they didn’t ask to suffer.

It was not a heart, beating.
That muted boom, that clangor
Far off, not blood in the ears
Drumming up and fever

To impose on the evening.
The noise came from outside:
A metal detonating
Native, evidently, to

These stilled suburbs nobody
Startled at it, though the sound
Shook the ground with its pounding.
It took a root at my coming

"This might be something about insanity or terror and underneath there is a slowed-down voice, using a reel-to-reel recorder, which is also the source for the opening track, 'Anywhere Near It, or Not'. I must admit I have no idea what this is about. It sounds creepy and spooky for sure, but is this something one would want to hear a lot? I am not sure. This reminds me of those 'documentary' tapes labels such as Broken Flag would put out, and I didn't 'get' those either."

Released on the 1st of April 2021 by
kirigirisurecordings.bandcamp.com